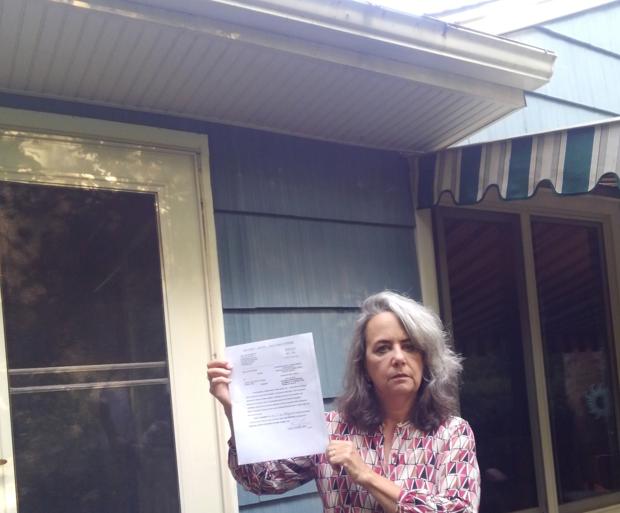 LeafFilter North of New Jersey sells gutter guards. You know, those systems designed to keep debris out of your home’s gutters.

It’s a growing company that has more than 50 locations across the U.S. and Canada.

But LeafFilter’s New Jersey office and its parent company ignored a default judgment in which the company was ordered to pay a homeowner more than $18,000, documents show and the homeowner says.

The homeowner, Gail Van Prooien of Rockaway, says she wants what she’s owed, but she’s also angry about what she calls tricky behavior by the company. She wants to protect other homeowners, she said.

“LeafFilter still continues to operate in New Jersey but they have slightly changed their name,” Van Prooien said. “I gave them ample opportunity to do the right thing.”

It started in July 2016 when Van Prooien hired the company to remove her old gutters and install the company’s gutter guard product. The cost was $4,532.

It didn’t go very well, the customer said. Rain simply ran over the gutters rather than through them, pouring down all around the home as if there were no gutters at all, she said.

After showing the problem to LeafFilter, it removed the product and did a second installation in October 2016, according to the lawsuit.

But that didn’t help, either.

Before turning to the courts, Van Prooien said, she would call the company and ask it to come out again. Appointments were made but not kept, she said, and messages were not returned.

And the faulty gutter guards remain.

Rain gushes over the top of the screens because they are catching branches and leaves,” she said. ”I have to hire contractors to go on the roof and clear the debris a few times a year.”

That’s exactly the kind of expense gutter guards are supposed to prevent. 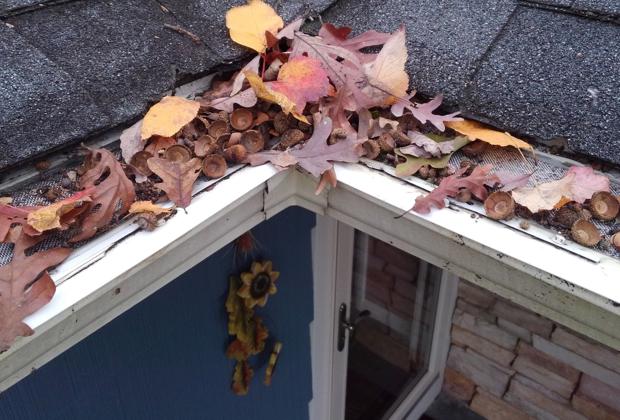 Because none of the rain is running through the gutters, Van Prooien said, she has to clear water buildup on her front and back steps to prevent icing in the winter. And, she said, the rushing water has damaged the grout on her stone walkway.

Van Prooien, and later, her attorney, spent the better part of a year trying to contact the N.J. company and its parent company at its Ohio headquarters by telephone and certified mail, documents show, but no one responded.

The company never showed up to defend itself, so Van Prooien won a default judgment that included treble damages and attorney’s fees worth $18,545.34

Unless she was to take further legal action, she – and no state authority – would be able to make the company pay.

Van Prooien said she believes it is because the company slightly changed its name.

Van Prooien had hired LeafFilter North of New Jersey, Inc. with an address that matched the company’s corporate headquarters in Ohio, according to public records and the company’s Home Improvement Contractor registration with New Jersey.

But then that firm was replaced with LeafFilter North of New Jersey, LLC, based in Roselle, N.J., public records show.

Both firms showed Matthew Kauling, the man listed on the parent company website as its founder, as the head of both the “Inc.” and the “LLC.”

A public records search found all the LeafFilter North companies were founded as incorporations in Ohio, and they were all changed to LLCs in September 2016 –  misfortunate timing for Van Prooien’s case.

Bamboozled reached out to Kauling to ask what gives.

While we waited for him to return our call, we tried to learn a little more about the company.

It has more than 50 offices in at least 19 states across the U.S. and in Canada.

The Better Business Bureau showed a range of complaints for the local offices we checked: 34 in Akron, Ohio; 13 in Columbus, Ohio; seven in Rochester, N.Y.; one in Oklahoma City; nine in St. Louis, Missouri.

We didn’t check them all, but for New Jersey, there were 12 BBB complaints.

New Jersey also saw its share of lawsuits against the company.

There have been six suits since 2015. Two were dismissed, three had default judgments against the company and one was tried to completion without a jury but there was no judgment.

Also in N.J., the Division of Consumer Affairs said it has six complaints on record against the company. Five have been closed, and one remains open, the agency said. 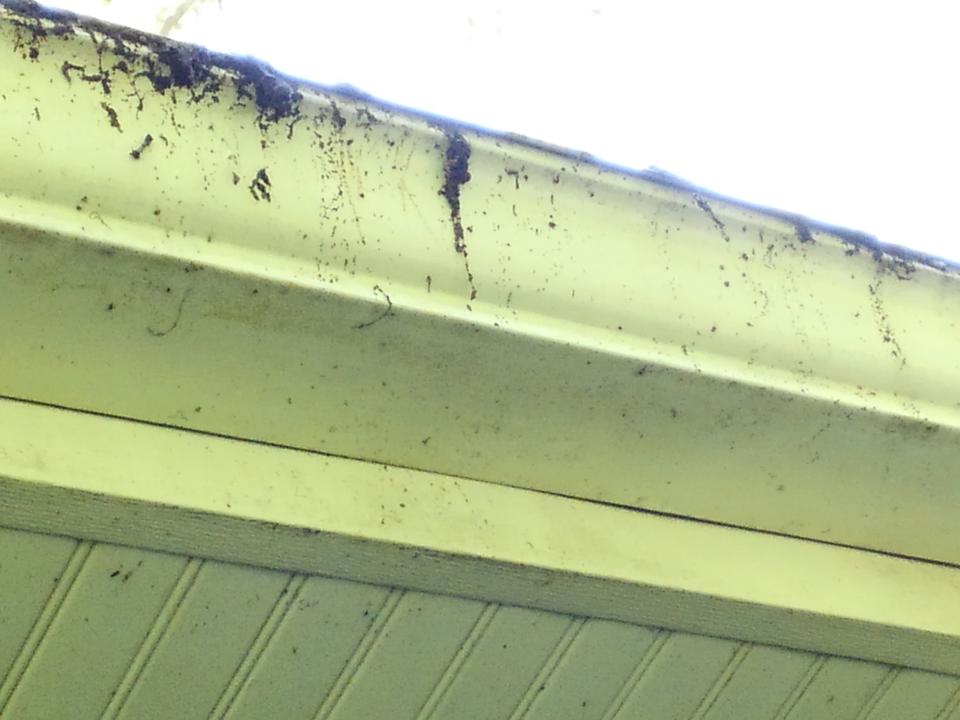 We finally got a call back from Mike Peck, LeafFilter’s national director of installation services.

He said the Ohio headquarters of the company knew nothing of the lawsuit until Bamboozled called.

All court communications went the local office in New Jersey, where an employee signed for the papers but never forwarded them to the corporate office, Peck said.

He said he wasn’t aware of any letters Van Prooien’s attorney sent to the Ohio office.

“The case was never really heard and we could file an appeal but that probably only increases the money being spent, and it probably does not increase the customer’s level of satisfaction and the end result is probably not great,” Peck said. “What we have elected to do is make an offer of settlement to her attorney,”

Peck said the company was offering a refund of the full contract price plus attorney’s fees.

We questioned whether that was a fair offer – less than half of what the judgment awarded – given what Van Prooien has gone through.

“She does have the product that has been reinstalled,” he said. “She would be getting it for no out-of-pocket cost to her.”

When we explained Van Prooien was planning to install a different system because she’s very unhappy with the one LeafFilter installed, Peck said he wasn’t aware of any issues.

We again pointed to letters sent to LeafFilter’s Ohio office by Van Prooien’s attorney explaining the problems continued, but again, Peck said he wasn’t aware of them.

“We are obviously very disturbed over the event and while we thought that we provided Gail with exactly what she contracted for, if that was different we certainly apologize,” Peck said.

Van Prooien’s attorney confirmed there was an agreement with LeafFilter, and the dispute was “resolved to her satisfaction.” Because the agreement included a non-disclosure clause, we were unable to learn any more details.

We’re glad LeafFilter made an offer – even if we can’t learn what it was – and we hope the company is making changes so consumer complaints, lawsuits and letters from attorneys are not ignored in the future.