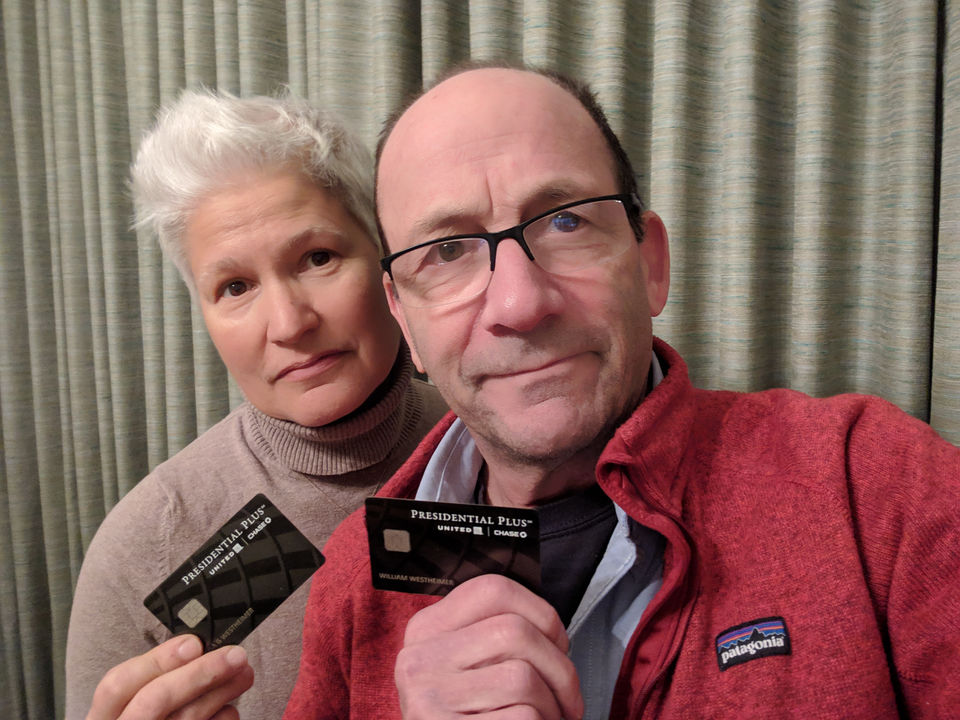 You’ve probably received at least one letter like this from your bank:

“Your credit card may have been compromised as part of a data breach. We will send you a new card with a new account number…”

It’s annoying. You’re stuck changing any auto-pay accounts or recurring charges you direct to your credit card number. And of course, you have to eye every charge on your account as suspect to make sure you’re not a victim of identity theft.

There are lots of ways your credit card number could be compromised, including the huge data breaches we keep hearing about.

The numbers are no surprise to Bill and Lisa Westheimer, who have had a pretty frustrating experience with one of their credit cards.

The West Orange couple says one of their Chase/United Airlines Presidential Plus MasterCard seems to fall victim often, and far more frequently than their other credit cards.

It happened three times in 2018, and a total of nine times in seven years – all with the same Chase card.

Each time it happened, Chase refunded the disputed charges and assigned the couple new cards, they said. 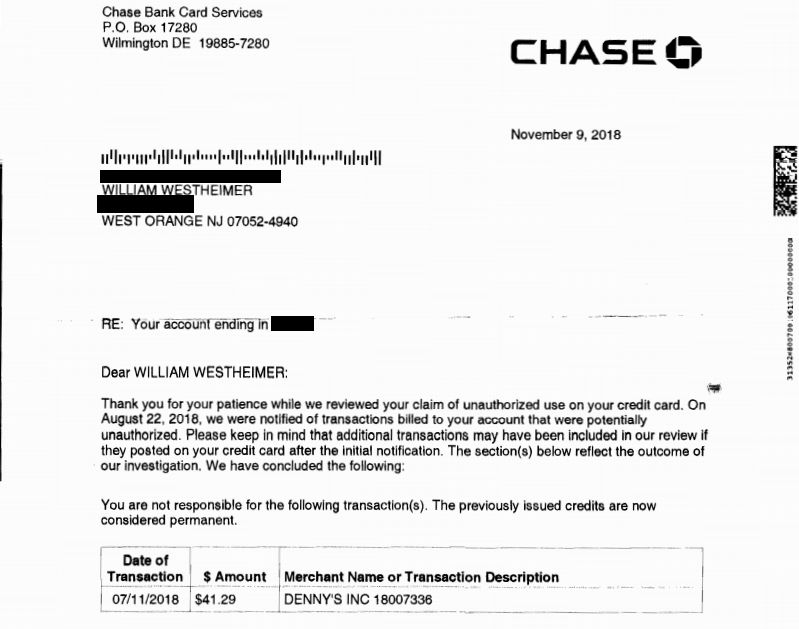 One of the many credit card fraud letters the Westheimers received from Chase. (Bill and Lisa Westheimer)

A year later – now on a new account number – a Lenovo laptop computer for $619.53 was delivered to the couple’s home and charged to their account. The same day, there was a $65.97 charge from a dating website.

The next wrongful charge came a few months later. There were six $0.99 charges to Google, and one for $0.45 for something in North Vietnam, Westheimer said and records show.

“They were making good use of the no foreign transaction feature of our card,” Bill Westheimer said.

Westheimer said he had multiple conversations with Chase to better understand why the couple’s cards were hacked so often. He never got a satisfying answer, he said.

“When I ask them why this particular card is so vulnerable to fraud, they cheerfully say that it’s how the credit card business is these days and there is nothing they can do to prevent it from happening again,” Westheimer said. “I ask what I can do to prevent this and they have no suggestions.”

Even when he pointed out the number of times it’s happened with this one card – not his other Chase cards, or his American Express, or his CitiCard, or his TD Bank card – Chase simply said: “It’s just the way things are these days,” he said.

That answer wasn’t good enough to Westheimer, so he took the question to two Chase supervisors.

“I still get the happy-go-lucky response from them,” he said. 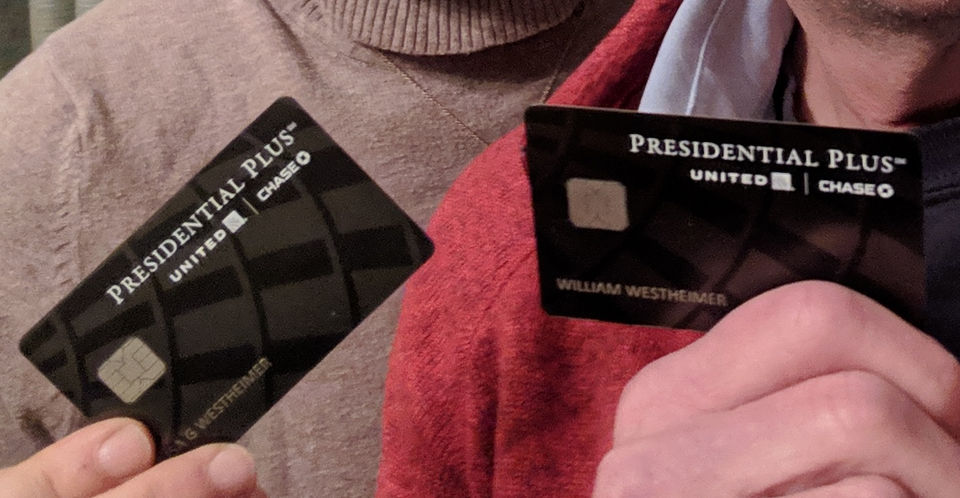 Westheimer said he has considered getting rid of the card, but he likes the benefits, which include airport lounge access, two free bags on all flights, occasional upgrades, no changes for foreign transaction fees.

Lisa Westheimer said she suspects the issue has something to do with when they travel, because many of the fraudulent charges come immediately after they passed through an airport.

That didn’t ring any bells with the Chase representatives, either, the couple said.

What they really want is an answer, so they asked Bamboozled for help.

While we reached out to Chase for some insight into what’s happened with the couple’s cards, we looked a little closer at the couple’s experience.

We asked if the card has a chip, you know, the technology that means you must insert the card into a credit card reader rather than swipe when you make a purchase. Their current cards do have chip, but earlier versions of the card – when the fraud problems started – didn’t, they said.

Seeing that the fraud has ramped up recently, we started to look around.

According to credit card industry watchers, in-person credit card fraud was cut down substantially with the widespread adoption of chip cards.

But so called “card not-present” fraud – online and phone transactions where a card isn’t shown or inserted into a machine for the purchase – are on the rise, said Paul Stephens, director of policy and advocacy for Privacy Rights Clearinghouse.

While it’s somewhat comforting to know consumers are not usually held responsible for fraudulent charges, it is frustrating. We asked if there’s anything a consumer can do.

Then we thought of a creepy technology that you may have heard about: RFID readers.

RFID stands for “radio frequency identification,” and this can be found in some new chip credit cards. Digital data stored in the cards can be read by RFID readers.

For less than $100, people – or crooks – can buy RFID readers. These can actually read and store card numbers from cards that have RFID technology.

Distances used by the readers vary, but even the ones that have to be close to work are scary. Someone could, in theory, wave the reader at your purse or back pocket when you’re not looking, and they could walk away with your credit card information. And then they can go shopping. 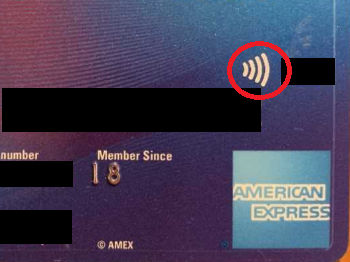 A credit card with RFID technology will display a symbol like the one circled in this photo. (Karin Price Mueller/NJ Advance Media for NJ.com)

Should you be worried?

How worried should you be about this kind of high-tech theft?

“RFID can be a concern, but most contactless cards use NFC – near field communications – which has a very short range,” Stephens said. “An NFC card must be placed in very close proximity – within a few centimeters – to the terminal to be read.”

But there are RFID readers that reportedly work from as far away as 25 feet.

To see if your card has the RFID capability, look at your card. It should have a logo that looks like the standard Wi-Fi symbol, but placed horizontally.

That symbol doesn’t appear on the Westheimer’s cards in question, so we guess that wasn’t the cause of their fraud.

Also note consumers can purchase wallets and purses, and even back-pocket covers, that are armed with so-called RFID-blockers to foil any ne’er-do-wells with the reader technology.

What Chase had to say

Chase came back to us with some commentary, but it wasn’t what we had hoped.

First, it said it can’t disclose the number of cards it reissues each year because of security concerns.

For the same reasons, it couldn’t discuss the specifics of the Westheimer complaint, it said.

It did offer some tips about fraud, and well, because Chase had nothing else to add, we’ve decided to share that in full here.

“We know it stinks for customers that we need to reissue cards because of fraud,” a spokeswoman said. “Here are some ways to reduce the risks, though we know some aren’t convenient.”

That’s fine advice, but it isn’t anything we didn’t already know.

And that was that.

Are the higher-ups listening?

They said they now use their Chase card much less than they used to. They no longer use it for recurring payments, and they accumulate fewer miles, they said.

Bill Westheimer also doesn’t have a lot of faith in the fraud department, he said.

“I have to think that the employees of the fraud department don’t want to reduce fraud because if there was no fraud, they would be out of jobs,” he said. “I wonder what the top executives at Chase would think of this. They might recognize the cost in dollars and in reputation and goodwill.”

The shot is fired over the bow. We’ll let you know if Chase chooses to respond any further.