New Jersey drivers haven’t been permitted to pump their own gas since 1949. Oregon is the only other state in the nation with a similar law.

That’s just fine with Atwell Haines, who drives tens of thousands of miles for his job. He gets reimbursed for mileage, but his employer hasn’t raised its reimbursement rate since 2007.

For that reason, Haines saves a few pennies by purchasing gas at off-brand stations.

In the summer of 2011, Haines saw another savings opportunity. He read about a cash rewards credit card offered by the Pentagon Federal (PenFed) Credit Union, which promised a 5 percent rebate on purchases of gasoline when you “pay at the pump,” and a 0.25 percent rebate on all other qualified purchases

“In New Jersey, we always paid at the pump,” Haines said. “By that, I mean we would sit in the car while an attendant filled the tank and ran the charge from inside his little booth on the island.” 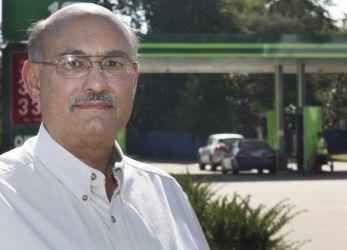 That’s how it worked at the Fuel10 station on Route 10 in Succasunna, which became a regular stop for Haines. He’d pay using the PenFed credit card.

Haines noticed his account wasn’t being credited 5 percent for the purchases at Fuel10.

“Initially, I was told that the purchases were coded wrongly. I was told I should check the coding when purchasing,” he said in an email. “I protested that no codes were apparent on the receipts. Besides, how to determine coding BEFORE a purchase? Unreasonable.”

Haines asked for his case to be escalated.

When the supervisor called, Haines said, she couldn’t explain to how he should determine the proper coding when making a purchase.

“[The rep] said that category coding was done by Visa. She said code 5542 is used for gasoline purchases,” Haines said. “No indication of billing code is on receipts, so how could a consumer tell if they should buy gas at a certain establishment?”

Haines asked for further escalation, and the supervisor promised to get a ruling from a vice president.

In the meantime, Haines checked his old statements.

“I found that for 2013, I was only getting 38 percent of what I believe I should have received as a cash reward,” he said.

He did some more research and called Visa directly.

He said the rep told him the purchase code for gasoline was 5172 — a different code than he was told by PenFed — and that he needed to talk to PenFed for a resolution.

Haines started using a Discover card at the same gas station to take advantage of a different 5 percent cash rewards program. Interestingly, he found the Discover card allowed purchases from Fuel10 to be credited as a gasoline purchase.

The rep offered him a cash rewards adjustment of three months — far below the $217.08 amount Haines said he was due.

The rep then directed Haines to the Terms and Conditions for the card.

“At this time she advised that the PenFed agreement was to ‘pay at the pump,’ and defined this as a gas pump capable of inserting the credit card into it for the transaction,” Haines said.

The pumps at the Fuel10 station didn’t have an internal credit card reader, but instead, attendants take the credit card to a small shack to run the charges.

“There is nothing in the agreement that specifies the definition of ‘pay at the pump’ as a gasoline pump that incorporates an internal credit card reader,” he said, adding again that there are no merchant category codes noted on the receipts.

He contacted the rep again, calling the determination unfair because her definition of “pay at the pump” was not in the fine print. He asked for another appeal.

He visited the web site NewJerseyGasPrices.com, and saw that the Fuel10 station was listed. Under “station features,” it lists “pay at the pump.”

After a few weeks, the rep called again with another offer: an adjustment of $100 in addition to the three months of credit already offered.

Haines said he would think about it, and some time later, the rep left him a message, but Haines said he didn’t return the call because he was already working with Bamboozled.

We reviewed Haines’ credit card statements and the Terms and Conditions of the credit card. Indeed, there is no definition of “pay at the pump.”

We asked PenFed to review the case.

PenFed said it discloses information about rewards at account opening and on its web site. As was noted to Haines earlier, it said Visa classifies gas paid at the pump differently than gas paid for inside a station.

“This distinction allows PenFed to offer a rich 5 percent rebate on transactions specific to gas. Other transactions made inside a station such as repairs and groceries will earn our standard .25 percent rebate,” said Scott Young, vice president of card services for PenFed. “As a good will gesture, we are happy to meet Mr. Haines in the middle on all past fuel related transactions.”

Through a series of e-mails, we tried to get some clearer answers: How can a consumer know how a transaction is being “coded”; what about the Fuel10 station being labeled as “pay at the pump” on NewJerseyGasPrices.com, and; where on the PenFed site does it point to a “pay at the pump” definition?

And, what does “meet Mr. Haines in the middle” mean?

“If the attendant swipes your card at the pump as long as the merchant set it up with their FI/Card processor to show as paid at the pump, the member would have received the 5 percent rather than the .25 percent,” a spokesman said.

That doesn’t address how a customer is supposed to know about purchase coding.

We asked again if there was a definition in the fine print, because to Jerseyans who can’t pump their own gas, “pay at the pump” means you pay the attendant, and the mechanics of the transaction aren’t usually a concern.

The spokesman said there is no specific web page explaining what “pay at the pump” means, but Haines was sent a letter that explained the difference a few months back.

Haines did receive the letter, but by that time, he had purchased thousands of dollars of gas for which he thought he’d receive the 5 percent reward.

We also asked for a clarification, again, on the “meet Mr. Haines in the middle” offer.

“As a will of good faith, we intend to honor 50 percent of all his past fuel related purchases at 5 percent,” he said.

That’s probably less than the previous offer of three months of rewards plus $100, we said.

At first, the spokesman said that offer was never on the table. Then he said yes, that offer was made, but he said Haines never returned two follow-up phone calls.

Haines said there was only one call he didn’t return, and that’s because he was talking to Bamboozled.

“If Mr. Haines would like to accept it, the offer is still valid,” he said.

We told Haines about the company’s response.

“I’ll consider taking what I can get,” he said. “But as I pointed out to the rep, paying us the full $217 isn’t going to break the back of the credit union.”