Paying for extra insurance often seems like a waste of money, but these policies are offered by many kinds of businesses.

Often, these coverages are overkill because your already-existing insurances will cover you. 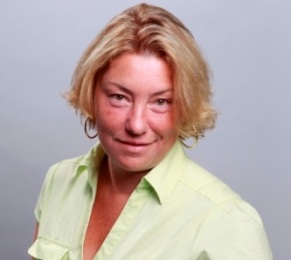 But not every time.

Scott Packwood is learning that the hard way.

When Packwood sold his Somerset home, he needed to put his belongings into a storage unit until his new place was ready.

On March 21, 2014, Packwood rented unit No. 153 at Public Storage in Monmouth Junction at a cost of $174 per month. He did not take the additional insurance that was offered because his belongings would be covered by his rental policy, he thought.

By October, the rent increased to $209 per month. Packwood said he was told the increase was because of an “escalation of costs” and “property maintenance.”

Exactly what “property maintenance” means is key. More on that in a moment.

Packwood paid his monthly bills, and on March 11, 2015, he returned to the unit to get some of his items. All was well, he said.

But when he returned two days later — on Friday the 13th — he rolled up the door and found water all over the floor of his unit. And all over his property.

“I immediately informed the property manager who viewed the water on the floor of my unit and also took pictures,” Packwood said. “I asked him what happened and he stated: ‘We had a water problem.’ When pressed for a better explanation, he stated: `I think it was a pump issue.'”

Packwood said the manager asked if he had insurance. Yes, Packwood said, a renter’s policy.

The manager reminded Packwood that he didn’t take the insurance offered by Public Storage when he signed the contract.

Packwood wasn’t worried about the coverage. Until he called his insurance company and spoke to an adjuster, that is.

“He stated that although I was covered for fire, theft, and other situations, I was not covered for water damage,” Packwood said.

Packwood returned to the unit on March 17 to take a look around.

“Much to my shock and surprise, there were numerous holes not only in my unit, but units all over the property,” Packwood said, noting that he had been paying higher rental premiums in part for “property maintenance.”

“I also observed a gutter downspout directly across from my unit aimed directly at my unit, which if it rained hard enough, the runoff would go directly towards my unit,” Packwood said. “It was a great deal of rain and snow melting during this time, so I’m sure the cause of my unit being flooded out was the improperly aimed downspout, and the two holes in front of my unit allowing water to rush in.”

“I was told that since I had no insurance I was not going to be compensated even though the unit I had rented was damaged,” Packwood said.

Packwood asked to speak to a supervisor.

The week of March 23, Packwood said, he spoke to the company’s regional vice president. The exec said he’d speak to the district manager and the property manager and get back to him.

In the meantime, Packwood closed on his new home, and on March 27, returned to Public Storage to arrange to move his stuff out.

He was met by the property manager, who offered Packwood some dry boxes to repack his belongings.

The next day, Packwood said, he was given 15 boxes to help with the move.

“The further I went into the storage unit, there were more items that were damaged by water,” he said. “I showed the property manager the damage to my California king size mattress, my queen size mattress, numerous boxes with Christmas decorations, clothes, shoes, my bedroom set, a leather sofa, and numerous other items.”

The manager and Packwood both took photos of the damage, Packwood said.

The district manager said he’d speak to his boss and give Packwood a call back.

When the district manager called the next day, he asked if there was a certain dollar amount Packwood was looking for, Packwood said.

The manager would get back to him.

On or about April 6, Packwood said, the district manager called again.

“He advised me that the maximum amount of insurance coverage that Public Storage offers is $5,000. He then asked me if my previous offer of $7,500 was firm,” Packwood said. “I told him I would except one half of my previous request or $3,750.”

“He advised that the most they would probably offer me was $1,000 and that was a bit much as far as he was concerned,” Packwood said. “I told him that I was insulted by that offer, and I would decline the offer of $1,000.”

Packwood said he conferred with his attorney, and then with

the insurance adjuster, who recommended Packwood continue to investigate, given that the “storage facility was damaged and poorly maintained.”

He then reached out to Bamboozled.
WHO IS RESPONSIBLE?

There are more than a few important issues to note about Packwood’s situation.

First, the contract Packwood signed clearly states that Public Storage takes no responsibility for the contents of a rented unit.

“All personal property is stored by occupant at occupant’s own risk,” the contract said.

And yes, the section with that wording was initialed by Packwood.

Next, Packwood assumed his renter’s policy would cover anything that came up. That was a mistake. When it comes to any insurance policy, the insured should absolutely check with the insurance company to make sure all coverages and exclusions are clearly understood.

So on the face of it, it might seem that Packwood should be held responsible. But should he? 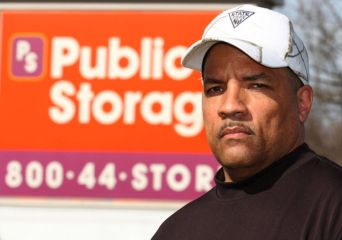 The unit clearly has damage, as the photos and videos show. If the unit was airtight and without holes, perhaps no water would have gotten into the unit and the damage never would have happened.

Should Packwood be held responsible for damage that occurred because of structural problems with the unit?

And if Packwood had taken Public Storage’s insurance, which Packwood was told maxes out at $5,000, would his property have been covered?

We took the question to Public Storage.

We left a message for the company spokesman, and also sent an email to him, the district manager and the regional vice president, asking for more information about how it planned to handle Packwood’s case.

We also asked about maintenance of the units — specifically, the holes in the

walls and the direction of the drainage pipes. We asked what kind of liability Public Storage accepts, if any, if someone’s property is damaged because of structural damage of its units.

None of the three company reps responded.

“It’s simply a reflection of their business practices,” Packwood said, noting that when he returned to the property last week, he still saw holes in some of the units. “How they could rent out those storage units, collect their monthly rent and simply turn their backs on the renters that complain about the issues on their property is incredulous to me.”

We’ll let you know if we, or Packwood, hear from Public Storage.

And if you ever need to put your stuff someplace — even if it’s your grandmother’s basement — make sure you know without a doubt what you’re covered for should the worst happen.