Catholics are eager to welcome Pope Francis to Washington, D.C., New York and Pennsylvania this fall.

And scammers are eager to take advantage of the faithful.

We received an email from a parishioner at Good Shepherd in Andover, who said her priest, on Sunday, warned the 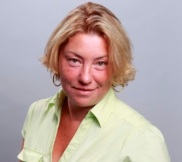 “Our priest told us to throw away any letter we received telling us we could get tickets for the pope’s visit by sending money to the people,” wrote the parishioner, who asked not to be named.

For many, a chance to see the pope is an opportunity they may never have again, and many followers are willing to pay for access to the pontiff.

The problem? There are no tickets for sale.

“Pope Francis is the most popular person on the planet, so it stands to reason that many, many people are drawn to him and his message and want to be in his presence,” said Richard Sokerka, spokesman for the Diocese of Paterson, which includes the Andover church. “So for many, this is a once-in-a-lifetime visit and they want to be part of it.”

That’s what scammers are banking on.

Earlier this month, a man who called himself Mario visited St. Joseph of the Palisades in West New York. He offered tickets to at least three parishioners — senior citizens — to see Pope Francis in Yankee Stadium, according to a published report. The cost would be $75, Mario said, but he could offer advance tickets at a discount, for $35.

But Yankee Stadium isn’t on the agenda, at least not yet. Except for a visit to St. Patrick’s Cathedral and to the United Nations, the pope’s full New York schedule has not yet been announced. Nor has the full schedule been announced for Philadelphia or Washington, D.C.

“It is unfortunate that scam artists would take advantage of anyone seeking to see the Holy Father, but as with any major event, be it a Giants or Jets game or a concert, there will always be scam artists out there, no matter how many warnings are posted for people to be aware of these scams,” Sokerka said. “In all cases, it’s `caveat emptor’ – let the buyer beware.”
SCAMS VS. LEGIT LETTERS

Papal ticket scams are nothing new, and they’re not exclusive to the U.S. Internationally, fraudsters have taken advantage of the excitement around papal visits to prey on people’s faiths and their wallets.

For example, leading up to Pope Francis’ January visit to the Philippines, the church warned about fake ticket peddlers for papal appearances. If you research other papal visits, you’ll find similar scams all over the world.

We wanted to learn more about the warnings given to the congregation at Good Shepherd, and it turns out the pastor wasn’t talking about a specific scam letter, but about ticket scams in general. He also talked about a fundraising letter sent by the World Meeting of Families, a legit group with ties to the papal trip.

The organization, which is planning a week-long “event of prayer, catechesis and celebration” around the pope’s late September visit to Philadelphia, has sent fundraising letters in recent months.

We want to make sure you don’t mistake this letter as an offer for tickets. It’s not, and that’s exactly what the pastor at Good Shepherd was explaining to parishioners.

“Msgr. McDonnell just wanted to emphasize to his parishioners that this solicitation letter, even though it asks the recipients `to join us as the Pope celebrates Mass,’ did not mean any kind of ticket to attend it would be received from making a donation, no matter the amount,” said Sokerka, the Paterson diocese spokesman.

We took a look at the fundraising letter, and we understand why there’s some confusion.

For starters, the group’s web site says the pope, when he’s in Philadelphia, is expected to attend its “Festival of Families” and celebrate a Mass that’s open to the public. These events are free, and no tickets will be for sale.

But the language in the fundraising letter sent by the group, signed by Robert Ciaruffoli, the group’s president, isn’t as clear.

“I am pleased to invite you to join us in welcoming Pope Francis to the United States next September,” the letter says. “I am writing to you today to invite you and your family to join us in Philadelphia for this blessed event. It is truly a once-in-a-lifetime opportunity.”

Ciaruffoli then sets the scene: “Imagine you and your family watching and listening to Pope Francis as he reaches out to literally millions of people who will make the pilgrimage to see him in person.”

Then comes the plea for money. The letter asks recipients — on page two of the four-page letter — to sponsor the event with a monthly pledge of $16.67 for 12 months, and it includes color-coded envelopes for your donations.

For your monthly support, you’d get a “blessed commemorative crucifix.” If you donate $200 in one payment, you’ll also receive a “blessed Rosary.” For $1,000, you’d also get a “unique and exclusive commemorative Bible.”

Nowhere does the letter say anything about tickets. Instead, donors would be supporting events surrounding the pope’s visit.

Some letter recipients, knowing scams are out there, have questioned its validity.

Jim Goodness, spokesman for the Newark Archdiocese, said he’s received about a dozen calls from worshipers asking if the letter from the World Meeting of Families is legitimate.

“I tell them yes, but I tell them if they contribute, they are supporting the work of making the event happen, but that this isn’t an opportunity for tickets,” Goodness said.

Goodness said he hasn’t received any reports of scam letters.

The Diocese of Camden said it has received inquiries about the same letter since February.

“Our advice is to emphasize that there are no tickets for sale to the papal events,” said spokesman Peter Feuerherd. “There are tickets being sold for the conference of families in Philadelphia, but that is a separate event.”

He’s referring to the conference by the World Meeting of Families.

Feuerherd also said there are legitimate tickets being sold for bus trips to the events. If you go that route, make sure you understand the logistics of getting into and around Center City, and know exactly where the bus will drop you off and pick you up again during the pope’s visit, he said.

Safe to assume it will be a traffic nightmare.

“You’re better off taking the train or walking,” he said. “We encourage people to be prepared to walk.”

The Diocese of Metuchen also warns there are no legitimate tickets being sold.

“Basically it’s an open air event and it’s open and free to everyone,” said spokeswoman Erin Friedlander. “With an estimated 1.5 to 2 million people, there’s no guarantee you’ll even get close to the pope. There should be no one guaranteeing a spot in the grandstand next to the pope.”

And while the Diocese of Trenton said it hasn’t received any reports of scam ticket offers, it said our inquiries spurred it to post an advisory about potential ticket scams on its social media sites and its web site, and it will be published in its print newspaper.

The Philadelphia Archdiocese also said it hasn’t heard of any ongoing scams, but it’s on the lookout.

“The World Meeting of Families – Philadelphia 2015 will be aggressively monitoring for counterfeit/black market `tickets,'” said Kenneth Gavin, spokesman for the Archdiocese of Philadelphia. “If readers are finding tickets on Stub Hub or other such sites, rest assured, these are not legitimate.”

We tried to get more information from World Meeting of Families, but calls and emails were not returned.

So, dear readers, if you want to see the pope, have at it. Just beware of false offers.

Sokerka of Paterson suggests people regularly check the website of the U.S. Conference of Catholic Bishops for the latest, most accurate news as events are finalized. And as the itinerary is completed, you can also check the web sites of the archdioceses where the pope will be visiting — Washington, Philadelphia and New York.

And a final note for you, dear scammers. You may want to consider a visit to a confessional instead of continuing your deceitful and deceptive pursuits.