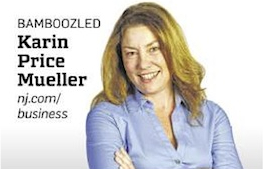 The Credit CARD Act offers valuable protections for consumers who use credit cards.

Among the provisions is a prohibition of unfair or abusive interest rate hikes, or allowing unfair fees. It also added more transparency to credit card statements, such as showing how long it may take to pay off a debt if only minimum payments are made.

But none of these can help Steven Nagy, a credit card consumer who has been trying to get out from under a relentlessly high interest rate on one of his cards.

“They are charging me 30.24 percent,” Nagy said of his Juniper card, issued by Barclays Bank. “All I want is a reasonable rate so I can pay this debt off faster, but they won’t help me.”

Nagy says he had some money troubles after a divorce, and he paid many expenses with plastic. But in recent years, he’s been very proactive with attempts to reduce his debt.

One strategy was to keep his interest rates low.

But Nagy made a silly mistake with his June 2008 payment, accidentally writing the check for 30 cents less than it should have been. 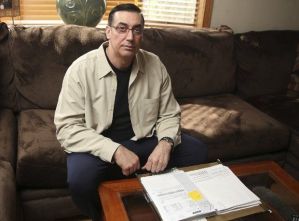 Over the next several months, Nagy asked the bank to reconsider. When that didn’t work, he reached out to Sen. Robert Menendez (D-N.J.), who helped Nagy communicate with the Federal Deposit Insurance Corp., and the bank agreed to bring the interest rate back to 8.99 percent. It also refunded some of the added finance charges.

But in March 2009, Nagy received a notice from the bank, saying his rate would go up to 29.99 percent. It was part of the new terms listed on an updated “card member agreement.”

While the bank’s letter didn’t give a reason for the hike, Nagy said the bank told him he was late on one payment. Nagy said he sent the payment on time and it shouldn’t have been late.

That effectively more than tripled his monthly interest charges.

Nagy’s subsequent attempts to lower the rate were unsuccessful.

Then in March 2010, the bank lowered his credit limit.

He didn’t really care about the limit, but he again asked the company to reconsider the rate.

The bank said nope because his “ratio of payment to outstanding balances is too low.”
Of course it was: When a lender lowers your available credit, it increases your credit utilization ratio, which shows a comparison of outstanding debt to available credit.

Months later, the bank said his August 2010 payment was late by a hair, though Nagy said he sent the payment on time. And, most of his payments were more than the minimum amount.

Another denial from the bank to lower the rate came in October 2010. The bank said the reasons were: “Amount owed on bankcards is too high” and “utilization of revolving accounts is too high.”

That, we’ve determined, was in part because Barclays itself lowered Nagy’s available credit.

He asked again in June 2011 for a rate reduction, but again, the bank said no without a reason.

Finally, in September 2011, Barclays agreed to lower the rate to 11.99 percent as part of a “rate reduction program.” The bank said the program would last for 12 months, and at the end, the rate would go to 30.24 percent.

Nagy contacted the bank several times for reconsideration, and each time, Barclays said it had no further rate reduction programs.

Not knowing where else to turn, he contacted Bamboozled.

THE LAW AND WHAT’S RIGHT

We reviewed seven years of Nagy’s account statements and written communication with Barclays, back to 2007.

We confirmed that his payments have been on time since August 2010, and he usually paid more than the minimum.

We gave Barclays written permission from Nagy to discuss his account with us, and we asked the bank to reconsider his 30 percent-plus interest rate.

The next day, Nagy received a call from a Barclays rep.

“She said there are no programs available to lower the rate,” Nagy said.

He said he explained his history and that his other card rates were nowhere near as high.

“Those are our practices,” Nagy said the rep told him. “If we give you a lower rate, now we have to do it for everybody.”

Nagy said he argued he was still being punished for his perceived ill practices from years ago.

“She said, ‘We have special programs if you miss your payment,’” Nagy said. “I said, ‘I don’t want to miss a payment. I want to pay you off faster.'”

But the rep wouldn’t budge.

Several times, we asked the Barclays spokeswoman to contact us via email or telephone, but she didn’t return our many requests.

So we turned to some credit experts.

“It looks like he got slammed by the common practice of raising rates at any time for no reason,” said Gerri Detweiler, director of consumer education for Credit.com. “Repricing accounts prior to the enactment of the CARD Act provisions was no doubt in order to lock in higher rates for issuers who knew their ability to do this would soon be curtailed.”

She said while the CARD Act ended that practice, Nagy’s rate went up before that.

Detweiler said the real issue is whether Nagy is getting a fair shot at getting his rate back down during the required six-month rule, which requires card issuers to review accounts on which rates were raised after Jan. 1, 2009, to see if a reduction is warranted.

“There was concern that issuers would — and did — raise rates in anticipation of the CARD Act going into effect, and the idea was that if the consumer’s credit situation had changed for the better, they should be considered for a rate reduction,” she said.

But the key is that the lender is only required to review the account, said Chi Chi Wu, an attorney with the National Consumer Law Center. They’re not required to lower a rate, whatever the customer behavior.

Still, consumers have it better than it was before the passage of the CARD Act, said Ed Mierzwinski of the Public Interest Research Group.

“The CARD Act was written to protect consumers from being tricked into paying late and from outrageous — tripling of their APRs — consequences of paying one to two days late even once,” he said. “In short, it was written to stop ‘gotcha’ practices.”

So even if Barclays is acting within the law, is it reasonable to charge someone who has had an impeccable payment history for nearly four years a 30.24 interest rate?

The experts recommend Nagy reach out to the FDIC and the Consumer Financial Protection Bureau.

He could try to transfer his Barclays balance to one of his other cards, and he could even ask the other cards to raise his balance limit to accept the transfer.

If Nagy can’t transfer the balance, he should accelerate his payments on this card or look into a debt consolidation loan, the experts said.

He could also try a nonprofit credit counseling service. According to theCambridge Credit Counseling Service Transparency Report, the average interest rate for clients enrolled in a debt management program was reduced by 14.6 percent, down from 22 percent to 7.4 percent. That saved clients $139.26 per month on average.

“The big mistake card issuers make with these exorbitant interest rates and inflexible policies is that they not only lose customers for life — once the debt is finally paid, they never want to come back — but they also can leave customers with no options but to consider bankruptcy,” Detweiler said. “If they can never make a dent in the balance, why try to pay it off? I’ve seen consumers with multiple debts pay the issuer that works with them before they pay the ones that won’t.”

That’s something on which we’d love to hear Barclays’ take. If they’d just call us back.