one, but it’s one all pet owners can learn from.

Daisy was a shelter dog, a Lhasa Apso adopted by Gianoukas 12 years ago when she was about two years old. When she fell ill, he wanted to get her the best possible care.

the amount the testing and diagnosis was estimated to cost.

The next day, the diagnosis said Daisy would need to have her gall bladder removed.

Gianoukas said after the procedure, the vet’s office told him Daisy was doing fine.

During her recovery in the hospital, Gianoukas said he visited Daisy twice a day, talking to a variety of employees at the hospital each time. 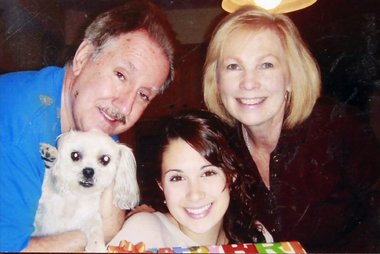 Gianoukas said no one ever told him Daisy wasn’t doing well, but he later learned there was trouble from the start.

“Starting the first day in post-op care, she developed a bile leak which was leaking into her abdomen and causing havoc to her other organs,” Gianoukas said. “The doctor decided to put a drain in her abdomen in lieu of a second surgery.”

Gianoukas said no one told him they were going to do the procedure. He said he didn’t learn that until weeks later.

“They never ever informed us Daisy was in a life-threatening situation,” he said .
Indeed, such bile leaks are fatal in as many as 75 percent of patients, veterinary experts say.

On the fifth day after the surgery, Gianoukas said he went for his regular evening visit.

“They said they would bring Daisy into the waiting room as the techs always did, and instead a doctor came in and said Daisy was in cardiac arrest and just died,” Gianoukas said. “I was overwhelmed with grief.”

Losing a pet he considered a member of his family was devastating to him, he said.

Then, it got worse.

Gianoukas said he and his family were grieving and they weren’t sure what they wanted to do with Daisy’s body. The vet agreed to keep Daisy while the family took some time.

Two weeks later, they were ready to claim Daisy’s body. Gianoukas said he couldn’t bring himself to do it, so his wife went. That was April 23.

“My wife called me from (the vet’s) and said they will not release Daisy’s body until I give them an additional $4,000 on top of the $5,000 which I had already given them for the surgery,” he said.

Gianoukas got on the phone with the office. 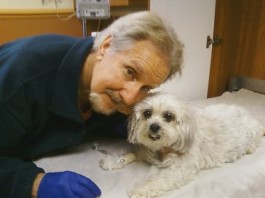 “When I talked to them, they said, ‘Didn’t anyone tell you what you owed?’ ” he said. “I said to them on the phone I was never informed by anyone. They held my Daisy hostage with my wife waiting there until I drove up there and gave them my credit card to get my Daisy back in my arms, dead.”
BALANCING BUSINESS AND SENSITIVITY

Gianoukas said during the two weeks while the vet’s office was holding Daisy’s body, he spoke to them several times to ask questions about her treatment, but no one ever called to say he owed additional money. No bills were mailed, either, he said.

We reviewed Daisy’s medical records and the bills, and the estimate Gianoukas received before the surgery.

We then reached out to the vet’s office.

The vet who did the surgery flatly denied that Gianoukas didn’t know about the drain or the additional care given Daisy, and she said Gianoukas was told that Daisy’s situation was grave.

She said notes in Daisy’s chart indicated the family was regularly updated about Daisy’s condition, and she showed us a second estimate that covered the additional charges.

“It’s not unusual for people to not hear everything you say when they’re emotional,” the vet said. “We don’t like to surprise people. We give an estimate and as the numbers change, we give an another estimate.”

Gianoukas said he was never given that second estimate.

We don’t know whether the vet gave Gianoukas the second estimate, or if there was a slip-up or oversight on the part of the practice, which is why we’ve decided not to name the veterinary practice here.

But we did think Gianoukas’ experience lends a lesson all pet owners can learn.

Before you bring your pet to a veterinary practice, do a little research. And because unexpected health emergencies do happen, this is something you should do long before you need the services. 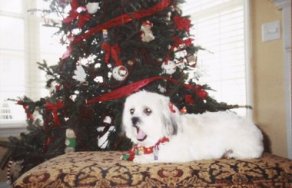 Start by asking other pet owners for recommendations.

Then, make sure the vet is properly licensed with the state’s Board of Veterinary Medical Examiners at (973) 504-6500.

When you visit the vet for service, ask for a complete explanation of how they bill, and for a detailed amount of services.

“Surgery costs are usually quoted with a range and an understanding as to when a client would be contacted and when a veterinary hospital would ‘stick’ to a previous quote,” said Barry Kellogg of the Humane Society Veterinary Medical Association.

You also have to be prepared for emergencies or a change in your animal’s condition, so it’s reasonable to expect that additional services will mean extra costs.

“It would be impossible to account for all the contingencies that could arise during a surgery, which is why it is so important for the veterinarian and client to have a good relationship and to communicate about the surgery, what is likely to happen, what might happen, and what the associated costs and options are.” said Michael San Filippo, a spokesman for the American Veterinary Medical Association.

You should also ask — before you accumulate a huge bill — whether or not the practice will allow you to enter into a payment plan.

Also before the surgery, be sure to discuss your willingness to move ahead with additional, and possibly costly treatments, or if there’s a point where your budget won’t allow for extra care.

Also ask how often you’ll be updated on both your pet’s condition and the costs.

As a backstop, consider bringing a friend with you. Make sure it’s someone who’s not going to be emotional about your animal, and they can be sure you ask all the necessary questions.

And now to Gianoukas’ problem: Is it legal for a practice to refuse to release an animal’s body unless the final bill is paid?

“This is not always legal — laws vary state to state — but some veterinarians choose to take this route,” San Filippo said.

There is no such regulation prohibiting the practice in New Jersey.

From a business perspective, it makes some sense. If a pet dies and the owner no longer needs the vet’s services, some owners may decide to skip out on the bill. Holding an animal’s body may be the only move a practice can make to be sure they won’t have to engage the services of a debt collector.

You’ll find that varies from practice to practice.

“Holding a deceased animal as ransom for a bill, it doesn’t seem to be a wise idea from a PR perspective and seems to show an insensitive position,” Kellogg said.

Gianoukas said he filed a complaint with the state veterinary board.

“I don’t want anyone else to ever have to go through what we went through with Daisy.” he said.

Have you been bamboozled? Contact Karin Price Mueller at bamboozled@starledger.com