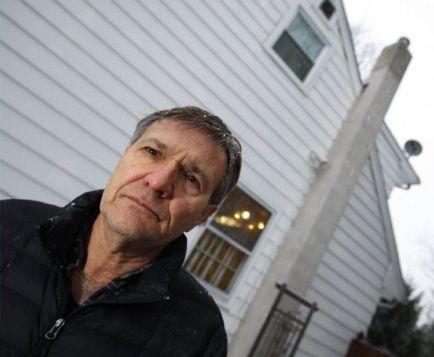 Homeowners are getting their money back after their roofs, chimneys and/or gutters were intentionally damaged by home improvement contractors who doubled as con-artists.

The state mailed restitution checks worth $137,733 to 31 scammed homeowners as part of a July settlement between Sulejman Lita, the owner/operator of five sister companies, and the Attorney General and the Division of Consumer Affairs, the state said.

Lita’s chimney operation was profiled in The Star-Ledger’s Bamboozled column in Dec. 2009.

But instead, workers caused thousands of dollars in damage to chimneys, roofs and gutters, and then pressured homeowners to hire the companies to perform expensive repairs, the state said.

“Consumers are getting their hard-earned money back, which was our goal from the start of this legal process,” acting Attorney General John J. Hoffman said in a statement. “Just as importantly, we banned Lita from working in the state’s home improvement industry for three years and permanently shut down his businesses.”

Riverdale homeowner Daniel Sciarra, 60, was one of Lita’s customers. He hired AAA Reliable to clean his gutters in July 2009, but ended up paying the company thousands of dollars for chimney repairs.

“They came to clean the gutters and the next thing I know, the top part of the chimney was hanging off and the guy was holding it in his arms,” said Sciarra, 60. “As a homeowner you hear these stories, but you never think they’re going to happen to you.”

“[The AG’s office] came through for us right around Christmastime. They made us whole,” he said.

As part of the settlement, Lita, 37, of North Haledon, paid the state $150,000 in restitution and is required to pay another $165,000 in penalties and costs by August 2015. An additional $300,000 civil penalty was suspended, but would come due if Lita violates the settlement terms or the state’s Consumer Fraud Act, Home Improvement Contractors’ Registration Act or related regulations through July 2016.

“Consumer complaints against home improvement contractors consistently are among our largest complaint categories and we urge homeowners to perform their due diligence before signing a contract,” said Eric T. Kanefsky, director of Consumer Affairs

Additional customers are eligible for restitution and are encouraged to file a complaint with Consumer Affairs online or at (973) 504-6200.

Before you hire a chimney contractor, check out the online tutorials offered by the Chimney Safety Institute of America so you can understand what work your chimney might need. It also offers tips on how to find a reputable chimney contractor.

Then, contact Consumer Affairs to make sure the company is in good standing.