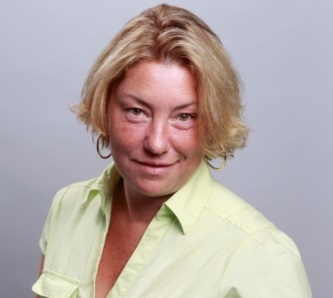 The Borough of Sayreville sold the rights to use the borough’s water department logo — and its residents’ private contact information — to a for-profit company that has a questionable past.

HomeServe USA — with Sayreville’s blessing — is using the logo to send warranty solicitations to residents, and the mailing looks like it’s coming from Sayreville and not from an independent third party.

The company has been sanctioned by at least four states for deceptive marketing for mailings similar to the ones received by Sayreville residents.

And despite a contract provision that gives the borough a 10 percent cut on warranty sales, Sayreville acknowledges it hasn’t collected a dime.

This came to light because Sayreville resident Scott Kohlhepp was concerned about the letter received by his 89-year-old mom and other folks in town.

The return address sported the logo of Sayreville’s water department. It was a fear-inducing warranty offer to cover water line damage.

“The water service line buried underground on your property could fail without warning, leaving you responsible for the cost of repair,” the letter said. “Repair or replacement of this line can be expensive — costing you thousands of dollars in unforeseen expenses — which could burden finances.”

But the letter didn’t come from the borough or any government agency. It came from HomeServe.

“‘It’s from Sayreville and I have to get it,'” Kohlhepp said his mom told him. “‘If I don’t get it, I’ll lose a lot of money later when there’s problems.'”

Kohlhepp said his mom wanted in even though he explained the solicitation wasn’t from the borough.

It made sense that she was confused.

In addition to the borough logo on the envelope, it was also on the letter inside.

The bottom of the letter clarified the offer’s real sender.

After giving a web address that uses the borough’s name, the bottom print said the letter was from HomeServe, “an independent company separate from the Borough of Sayreville.”

Kohlhepp’s mom asked her son to mail the $76.92, and he did, but with reservation.

Then in September, Kohlhepp’s mom received another letter, almost identical to the water line warranty offer. It, too, had the Sayreville water department logo inside and out, and this one offered a sewer warranty.

Kohlhepp’s mom was confused again, he said, because she already sent a check to the company.

Kohlhepp asked his mom for the warranty paperwork, but she said she didn’t have any.

So he called HomeServe, which promised to resend it, and it explained his mom had a policy for water line coverage. This new mailing was a sewer offer.

“I asked if they were going to mail my mom any other offers and I was told yes, she would get a mailing for every offer they had,” he said, and he asked the company to cease all mailings.

He had several heated discussions with Dan Frankel, the borough’s business administrator.

“He said having the logo in that corner doesn’t mean anything,” Kohlhepp said. “I said it gives the impression that it’s from the Borough of Sayreville and it’s deceptive, and he said it is not, so out of frustration I hung up on him.”

The two spoke again, and in the end, Frankel said he’d ask HomeServe to stop using the logo for the return address, Kohlhepp said.

“I said that was great, but what about all the Sayreville residents that still believe these two offers were in fact from the Borough of Sayreville?” Kohlhepp said.

Kohlhepp contacted HomeServe again, this time to cancel the service. HomeServe promised a full refund, he said, but it first needed to talk to his mom directly. When it did, it tried to give only a prorated refund, which Kohlhepp argued against and won.

Kohlhepp wasn’t done. He said he visited three post offices, and all three agreed that it appeared the envelope did in fact come from Sayreville. If it was marked undeliverable, it would be returned to Sayreville’s water department, they said.

A fourth post office said the letter might not be returned to Sayreville because the stamp in the upper right hand corner indicated it was a mass mailing so it would probably get tossed. But the worker agreed it looked like the letter came from Sayreville’s water department.

“There must be other Sayreville residents out there who honestly believe this mailing came from ‘The Borough of Sayreville Water Department,'” he said.

We reviewed the HomeServe letters and envelopes, and we made an Open Public Records Act (OPRA) request for the contract.

Then we took at look at HomeServe.

The company received 242 complaints with the Better Business Bureau in the past three years, but it maintains an “A” rating because the company responded to the complaints.

In May, HomeServe entered into an agreement with Maryland’s attorney general to settle allegations that in 2010, the company solicited customers “by falsely implying the businesses were acting on behalf of municipal governments.”

“Consumers were tricked into signing up for coverage they might not have needed because of ads that looked like they came from a local government or were endorsed by a government,” said Maryland Attorney General Brian Frosh.

Similar complaints led to settlements with Ohio, Massachusetts and Kentucky, and others kicked off investigations in Florida and South Carolina.

New Jersey’s Division of Consumer Affairs said it received one complaint in 2014, which it referred to HomeServe’s home state of Connecticut.

Before the issues in the United States, the U.K.’s Financial Conduct Authority slapped HomeServe’s parent company with the agency’s largest ever retail fine: $35 million. The agency cited questionable sales techniques to elderly customers, poor handling of consumer complaints and other issues during a six-year period ending in 2011.

We asked Sayreville about its relationship with HomeServe.

Business administrator Frankel initially wouldn’t comment, but he later confirmed Sayreville has a contract with HomeServe and that the water and sewer billing department provided the company with a computer-generated list of residential homeowners.

We asked about the logo use.

“I’m not going to get into that,” Frankel said. “They have the right to market their services to residents.”

Councilman Art Rittenhouse said the contract came about when a resident told the council about a water line break that would cost the homeowner as much as $12,000.

The council, in an attempt to help residents, took bids from several companies to offer warranties, he said. HomeServe won.

Rittenhouse said he worked with HomeServe to make sure everything from the water meter to the main line in the street would be covered. He has since purchased the coverage for his own home, he said.

“Part of the agreement was they could use the Borough of Sayreville return address and letterhead,” Rittenhouse said. “This was to prevent other companies from scamming our residents.”

We asked if he thought the logo use misrepresented the source of the mailing.

“I don’t disagree with that,” he said. “I can understand where there are concerns, but it’s an opt-in program. It’s like buying a warranty on a car or an appliance. It’s up to you.”

Bamboozled learned some municipalities that had deals with HomeServe received a percentage commission on warranty sales, but Rittenhouse said the borough wasn’t receiving any financial compensation.

contract closeup.jpg
A close-up of the portion of Sayreville’s contract with HomeServe that specifies payment details.
Borough of Sayreville

He was wrong. Per our OPRA request, the contract said: “HomeServe shall pay the Borough ten (10%) percent of the payments actually received from the Members….”

As part of the OPRA request, the borough said it hadn’t collected any money on the contract.

That made no sense.

The councilman said he knew of some warranties purchased by residents — including himself. So how could the borough not receive any money back? And, per the contract, the borough had the right to inspect HomeServe’s books. Has that ever happened?

Rittenhouse directed us to business administrator Frankel, who did not respond to our questions. But HomeServe did.

HomeServe said through the end of September, it counted 2,548 Sayreville customers who purchased 3,534 service plans.

“This means about a third of the customers have purchased more than one plan,” said Myles Meehan, senior vice president of public relations for HomeServe .

Where is that money?

Meehan called the settlements with the attorneys general in the other states “voluntary agreements.”

“There were no findings in these agreements nor admission of wrongdoing on our part,” he said, noting that the Sayreville mailings “bear no resemblance” to the mailings subject to the agreements.

Frankel, the business administrator, defended the borough’s relationship with HomeServe.

“If you read the Assurance of Discontinuance between the Consumer Protection Division of the Attorney General of Maryland and HomeServe USA, you will see that the advertisements by HomeServe created the impression that the notices came from the municipality’s local public utility and that said utility recommends the consumers’ purchase of said coverage,” Frankel said. “This strategy of marketing absolutely did not take place in Sayreville.”

Interestingly, councilman Rittenhouse said Sayreville wasn’t aware of the company’s history when it signed the deal.

“This is something we will have to look into in light of the information you have provided us,” Rittenhouse said.

We’re not saying the warranty offer is good or bad. That’s up to consumers to decide.

What we are questioning is the transparency of the marketing campaign using borough logos.

You decide, dear readers, and please leave your comments below.