When you book a tropical vacation getaway, you probably have some expectations based on the research you did on your selected resort. 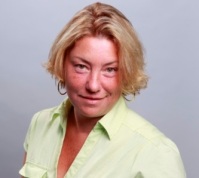 The Zhu family had such expectations for their Christmas 2014 family vacation to St. Martin through JetBlue Getaway — the airline’s vacation package service — but to say those expectations weren’t met by the resort is an understatement.

There were rats. Lots of rats. And digestive issues. And dirty sheets. And more.

The JetBlue Getaways package, costing $5,200, included air fare and a stay at Simpson Bay Resort & Marina, which on the JetBlue web site was described as a five-star family-friendly resort. 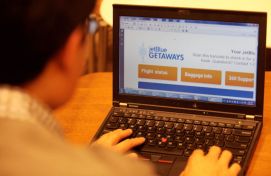 mily-friendly resort with five stars,” said Xinping Zhu. “Instead, it has numerous problems, such as intermittent hot water, rats roaming around the beach and pool area, and general non-cleanliness.”

“This was a vacation of a series of horribles,” he said.

When the family arrived home, Zhu reported the troubles to JetBlue and he asked for some consideration. The airline offered a $200 credit, which didn’t satisfy the customer. In the end, after Bamboozled’s inquiries, Zhu was offered a better deal, plus the possibility of more from the resort.

Rats, for the record, were not part of the offer.

We’ll get to those details in a moment. First, the family’s story.

The trouble started, Zhu said, when he, his wife, and their two kids, ages five and two, arrived at the resort.

He said the check-in process was long, and the family was bombarded by mosquitos and other biting insects.

“The hotel staff `helpfully’ offered selling us bug repellant sprays after I complained to the front desk,” Zhu said.

The family had expected some insects, and they brought repellent with them. They just didn’t expect such copious amounts in the lobby or in the hotel rooms, Zhu said.

Their unpleasant experience continued at the pool. 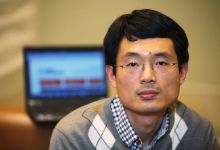 “We, in the presence of our 5- and 2-year-olds, encountered a big rat,” he said. “The pool was constructed in an unique way where there is an central island equipped with a bar in the middle of the pool. The rat was jumping and swimming from the central island area to the outer edge of the pool.”

The family wasn’t exactly comfortable swimming with a rat, Zhu said, so they left the pool and reported the rat to the staff. But the staff didn’t seem concerned, and they said there was nothing that could be done, Zhu said.

The kids were then afraid to go to the pool because of the rat.

“Then we witnessed the staff putting various devices — we were told that they were rat poisons but we didn’t see any poison signs — and the next day we saw at least one such rat captured,” Zhu said. “However, even after that incident, we still witnessed many times rats roaming around the property.”

The rats were not the only turn-off, Zhu said.

The hot water system was inconsistent and he said they didn’t have any hot water for half of their stay. The promised WiFi didn’t work. They experienced gastrointestinal issues from meals at the resort. A cleaning lady walked in without knocking after 8 p.m. The room keys often failed, so the family had to walk about half a mile to get new ones. The sheets were not changed, and when they were, the family questioned the cleanliness.

“We couldn’t be sure whether the sheet was changed because the sheets have a certain smell to it,” he said. “The floor of the shower room was dirty, grimy and slippery.”

And the mosquito screen on the balcony wasn’t very effective, because, the family said, they were bitten throughout their vacation.

Zhu said he requested they be moved to another room, a cleaner one, but the management said no.

Multiple calls to the front desk didn’t help, Zhu said, because they rarely answered the phone.

“We simply felt so desperate and helpless when facing a management which simply didn’t care. We frantically inquired other nearby hotels to see whether we could move out and unfortunately, there were no vacant rooms in the nearby hotels at the time,” Zhu said. “We even tried other options such as Airbnb and could not find a place to move out. We felt trapped and helpless.”

When the family returned home to New Jersey, Zhu said, he immediately contacted JetBlue about the problems.

“JetBlue promised to investigate the issues,” Zhu said when he contacted Bamboozled. “It has been more than one month and I haven’t heard any investigation results from JetBlue.”

The company did offer him a $200 credit voucher for a future JetBlue Getaways package, which would expire in one year.

“I refused the offer because it is inadequate and useless for me and I won’t book with them again,” Zhu said.

Importantly, Zhu said he wasn’t disputing the air fare charge, which was about $500 per person. But with a resort cost of $3,200, he said he didn’t think a $200 credit was enough.

“The advertising on JetBlue Getaway’s web page is false and misleading,” Zhu said. “We received services that were basically not fit for human habitation, not mentioning for a vacation. We lived in constant unpleasantness during the entire trip. Our well-planned Christmas vacation was ruined.”
GETTING HELP

We reviewed Zhu’s rat photos and JetBlue’s description of the resort, which Zhu said was different from when he booked his trip.

Simpson Bay Resort & Marina had been knocked down to four stars, but it still sounded pretty attractive.

“The hotel is ideally positioned on the beach, midway between the island’s most popular night spots and shopping. It also features the largest on-site water sport facility on the island: Aqua Mania Adventures,” the web site said. “This resort is a peaceful Mediterranean-style holiday village offering comfortable suites and all the services guests could possibly need during their Caribbean vacation. With a sheltered private beach, pools and colorful gardens full of bougainvillea, hibiscus and allamanda, the property is a captivating island hideaway where you can enjoy the best family vacation ever. A varied activity program makes it a favorite with visitors of all ages.”

We reached out to JetBlue, which said it would review the customer’s complaint.

We also emailed Simpson Bay Resort & Marina, but the resort did not respond.

Within a couple of days, Zhu received a phone call from JetBlue.

Zhu said the rep explained there was a miscommunication on the company’s side, and this particular rep was now personally in charge of investigating the events that happened at the resort.

The rep said JetBlue still hasn’t received a response from the resort, but JetBlue will now issue Zhu a $1,000 refund and a $600 transferrable credit for a future JetBlue Getaway package.

And in two weeks, the rep said, she would contact Zhu again with information about whether the resort would refund the rest of his costs.

“I think it is finally the right first step for them to resolve the issue, even though it is very belated — I first raised the issue Dec. 31, 2014,” Zhu said. “I am looking forward to hearing from her on the hotel response in two weeks. I hope they can seriously reevaluate the business relationship with the hotel, which she promised that they will do.”

Then a JetBlue spokesman responded to us.

“We were sorry to learn the customer was not satisfied with the service received at the property,” the spokesman said. “We are working directly with the customer and have expressed his concerns to the resort.”

Thank you to JetBlue for working with the customer on this.

But still, Zhu says he’s not sure if he would use the credit.

“Never say never but it will be hard to convince my wife and kids to go on a trip with them, at least in the short run,” he said. “It will also depend on how seriously they are conducting their investigation and how the promised business relationship re-evaluation will turn out.”