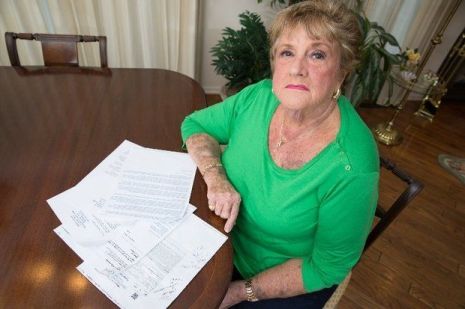 Mary Flanagan had plans to visit her son in Virginia for the Christmas holiday.

In November, she booked a coach seat on Amtrak. The train would leave from Metropark on Dec. 22 and return on Dec. 27.

“I had traveled this route before in this class of service and was most pleased,” the Whitehouse Station woman said. “I am 70 years old and normally very self sufficient.”

But on Dec. 8, Flanagan was rushed to the hospital. She had emergency heart surgery, she said, and she was given a pacemaker.

“My doctor said I could still travel to Virginia on Dec. 22, but I could not push/pull/lift,” she said in an

Heart surgery wasn’t going to stop her from seeing her family, so on Dec. 11, she called Amtrak to ask about what she called “special services,” she said.

“I asked for handicapped assistance at Metropark on my departure and return as my son would help me in Lynchburg,” she said. “The agent advised I upgrade to business class. She confirmed handicapped services and the upgrade and I paid the additional charge.”

The original ticket cost $171, but with the handicapped services, the fee went up to $263 — an increase of $92 and change, and money that would be well spent, Flanagan thought. 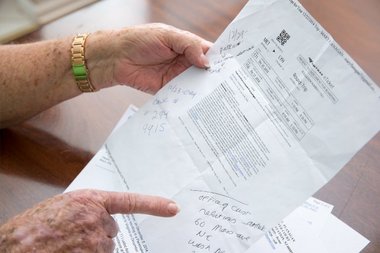 When the travel day came, a friend dropped Flanagan off at Metropark. Flanagan said she didn’t ask her friend to help her to the platform because she expected to receive the handicapped services she paid for.

“When I went to the window I was informed there were no handicapped services or Red Caps at Metropark,” she said. “She told me I would have had to travel from either Newark or New York City to obtain services.”

So why, Flanagan wanted to know, would the ticket agent on the phone sell her a more costly ticket for services that weren’t available?

Flanagan said she struggled with her two bags until another passenger volunteered to help her to the platform.

“When the train arrived I asked the conductor to help me and all he did was lift my luggage over the gap between the train and the platform,” she said. “I told him my problem and his response was that his job was to get the train departed on time.”

Another passenger stepped in to help again, stowing Flanagan’s bag and helping her to her seat.

Before the train arrived in Virginia, Flanagan said, she told the conductor that she’d need assistance with her bags when it was time for her to depart. But upon arrival, the conductor was busy, so Flanagan’s son boarded the train to take his mom’s bags.

“I received a complimentary 8 ounce can of Pepsi for the $93 I paid for upgraded services and handicapped accommodations,” Flanagan said. “My son kept the can and has it on display in his `mancave’ with a note: `My Mom paid $93 for this.’”

When Flanagan’s visit was done, she took Amtrak back to Metropark, and her friend’s daughter helped her with her bags.
ASKING FOR A REFUND

When she was back home, Flanagan called Amtrak to ask for a refund — not for her whole trip, but for the additional money she paid for the handicapped services that she never received.

She said she called customer service twice, and both times, she received the same response.

“`You paid for business class and sat in business class – no refund available,'” Flanagan said both reps told her. “I tried to explain that the only reason I upgraded was for the extra services they confirmed, which I find not get. It fell on deaf ears.”

So she decided to write a letter to Joseph Boardman, Amtrak’s president and CEO.***

The letter, which she shared with Bamboozled on Dec. 29, detailed her trip and asked for a refund.

“I request a refund to my Visa card of the $93 I paid for which I received nothing,” the letter said. “I hope you acknowledge this request and at the same time look to see how Amtrak can accommodate people with disabilities or senior citizens who ride your rails.”

The following day, we reached out to Amtrak, sharing the letter Flanagan wrote to the CEO and asking it to review her case.

Given that it was a holiday week, we figured it might take a few extra days to have an answer for Flanagan.

But as of Monday last week, no one from Amtrak called Flanagan, so we gave the spokesman a reminder that she was waiting.

He said he’d contact customer service again, and he shared links on the Amtrak web site about special services.

And indeed, Amtrak does have lots of details about handicapped services on its web site. If Flanagan tooled around for a while, she would have seen that such services are not available at Metropark.

But, she called and spoke to a ticket agent about her specific challenges for the trip. Obviously, the agent made an error by selling Flanagan services that were not available from that station.

So we waited to hear back from Amtrak.

And it answered with good news.

The company spokesman said Amtrak reached out to Flanagan, “apologized for the miscommunication and refunded her $93.”

We checked in with Flanagan, and she received an email from the company.

“I understand how frustrating a misunderstanding can be, and we are extremely sorry that the availability of Red Cap assistance offered at Metropark was miscommunicated. In the customer service business, we realize that excellent listening and communications skills are vital,” the email said. “Even though such instances as you report are comparatively rare, they are always disappointing. Please forgive us for causing you both dismay and inconvenience on this occasion.”

Flanagan called the communication “a very nice note,” but said she was disappointed it had to go this far for her to get the refund.

“My initial call on Dec. 23 stating I did not receive the services I had contracted for should have done the job,” she said.

Still, Amtrak kept a customer. Flanagan said she will use its rails again in the future to visit her family.

“I will just be very very careful to be very, very clear of any special needs/requests I make in the future,” she said.

*** The original post used the wrong first name for the Amtrak president and CEO.