New Jerseyans often complain that we have laws about everything. And then some.

But there’s one consumer-friendly law on the books in several states that’s not available to New Jersey consumers.

It concerns automatic renewals. You know, when a company automatically bills your credit card to keep a service going beyond the initial service period.

Auto-renew laws in California and Oregon are among the strongest, saying a company must give clear and conspicuous disclosures of any auto-renew provision and they must get a consumer’s permission before renewing a service.

If a company renews without that additional consent, the service given is considered an “unconditional gift” to the consumer.

More on New Jersey’s prospects for auto-renew legislation in a moment.

Auto-renewals can be convenient if you want to continue a service. But if you don’t, it can be a hassle at best and a nightmare at worst.

It’s midway between hassle and nightmare for Pamela Frimmer.

It started when Frimmer purchased Trend Micro Titanium Security for virus protection on her personal computer. She contracted for the service on May 31, 2014 for $55.95 for a year, which she paid with her credit card.

But since June of this year, Frimmer has been trying to undo an auto-renewal she said she never requested or approved.

“I received an email on June 2 thanking me for renewing,” Frimmer said. “I sent an email in return on June 2 stating I did not authorize this renewal.”

Trend emailed her back on June 17, records show, saying that her one-year renewal had been refunded.

The email had a button to click if she wanted to renew. 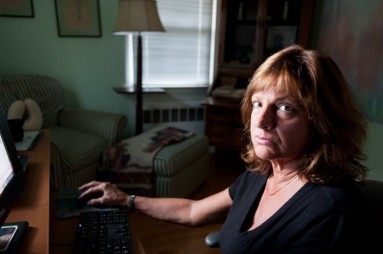 That didn’t work out so well.

“[The credit card company] said Trend Micro said I agreed to the three-year term and sent me copy of agreement I supposedly signed. I did not know I was signing anything when I authorized the credit card one-year purchase,” she said.

The credit card company then closed the investigation.

So Frimmer again contacted Trend, this time by telephone, and the rep gave her an 11-digit “order credit” number.

But when no credit came, Frimmer said, she called back multiple times.

“I was told that I had to call [the credit card] and remove the dispute or I would not see the credit,” she said.

So Frimmer called her credit card and removed the dispute. The bank advised her that she wouldn’t be able to reopen the dispute if she didn’t get the refund. Frimmer asked for the dispute to be removed anyway.

Frimmer called Trend with the news, and she was told to call a different office to see what happened to the credit. She was given an “order credit number,” and was told it would take five to seven days to process, she said.

So she waited, and no refund.

But she did keep hearing from Trend.

“I received numerous emails every other day thanking me for calling them,” she said, and in the emails the company said the issue was resolved. “I responded back each time that I still did not receive my credit, to no avail.”

By now it was July 30, and Frimmer was frustrated. She filed a complaint with the Better Business Bureau.

But before long, BBB told her that Trend didn’t respond to its requests to discuss the case.

“I continue to receive useless emails and spend frustrating hours on the phone trying to get an answer,” Frimmer said. “I do not have the service for which they charged my card and I continue to be Bamboozled every time I call for an update.”

We asked Trend to review the case, and we took a closer look at the company.

A quick web search found lots of consumer complaints on chat boards, the majority of which seemed to be about auto-renewal issues.

When we first checked with the Better Business Bureau, the company had a grade of D+ and Trend’s complaints numbered 81 in the past three years. But a week later, the grade had vanished, and BBB said that was because the company was in the process of responding to complaints that had already been closed.

Why was Trend was suddenly concerned about all those complaints?

After a few days and a little phone tag, Frimmer spoke to a Trend rep who reached out to her.

“He is still claiming my bank did not remove the dispute,” she said. “I told them they did.”

The rep said he would call the bank, and then conference Frimmer in, so they could resolve the dispute issue.

But when the rep called again, he said he couldn’t do the conference call, and he asked Frimmer to request an email from the credit card company that confirmed the dispute was removed.

Why was Trend only agreeing to a refund if Frimmer dropped the dispute? Sounds a little quid pro quo.

Anyway, Frimmer requested her bank send her the dispute status in writing, and it said it would take at least five days.

We were tired of waiting, so we asked the lender if it could expedite the case. The next day. Frimmer got a call from the lender, saying she would receive an email confirmation that day.

When the email came in, Frimmer and Bamboozled both sent it to Trend.

There was no response.

Frimmer then sent it a few more times. Finally, the company confirmed it received her “proof,” and said it was forwarding it to Trend’s “online merchant.”

So there was more waiting to do.

We reached out to the company several times over the course of two weeks to ask where this case stood, and it finally responded on Friday.

“Our online shopping partner is currently working to process this reimbursement,” a spokesman said. “We apologize for any inconvenience.”

It didn’t answer our questions about its auto-renew policies, or about the BBB. Or how long the refund might take.

A short time later, Frimmer received an email saying the refund was processed, and it would take five to seven days before it appears on her account.

“I’ll believe that when I see it,” Frimmer said.

She promised to keep us posted.

Back during the 2010-2011 legislative session, Assemblymen Daniel Benson and Paul Moriarty introduced a bill that would prohibit automatic renewal of service contracts.

It passed in the Assembly, but no one from the Senate sponsored a version, effectively killing the issue that year. Same thing happened in the 2012-2013 session.

“I believe many companies know exactly what they’re doing, and they know what percentage of people won’t realize they just got charged,” he said. “We’re not talking about fly-by-night operations. We’re talking about major companies in the United States that are screwing people every day.”

The bill was reintroduced in the Assembly this year, and it was passed in May.

Still, no one from the Senate has volunteered to sponsor it there.

And consumers, if you want to give your state senator a nudge, you can find contact information here.