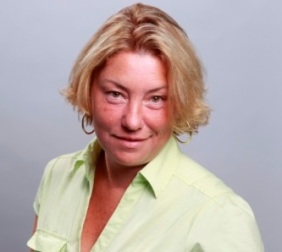 The most common complaints fielded by Bamboozled aren’t about scammers, or hucksters, or swindlers.

When consumers are wronged, they often file complaints with police or with state or federal agencies. Those entities aren’t always able to help, so consumers say, “Why can’t law enforcement do anything?”

Indeed, if you’ve been tricked out of money, or even if you’ve been approached by someone you believe is a con artist, it’s frustrating when no action is taken on your behalf.

But there are reasons why law enforcement may be limited when it comes to certain cons. We want you, dear consumer, to always be armed with information so you can take action if you’re ever a victim. But we also want you to be realistic about your expectations.

If you fall victim to any kind of scam, you should file a police report at your local department.

The success of an investigation will depend on the location of the scammer, said Raymond Hayducka, past president of the New Jersey State Association of Chiefs of Police and current police chief in South Brunswick.

“If someone in a town is trying to scam you, we can properly investigate,” Hayducka said. “But my experience is that most of these scams start out of the country.”

He said it’s common for a scam caller’s phone number to show on Caller ID as being from the United States, but they’re really from out of the country.

Hayducka said he’s personally received calls in which the caller, seemingly from Washington, D.C., told him he owed money and was at risk of being arrested. He tracked the numbers, and they came from a cell phone that wasn’t really in D.C.

“In reality, we have no jurisdiction overseas,” he said. “We’ve called the numbers back and they will transfer you to another number, or they will hang up on you once you identify yourself as law enforcement.”

If the call was generated within our borders but outside of New Jersey, Hayducka said, police would investigate and then coordinate with law enforcement in that state.

Hayducka wanted to remind you that the IRS and other government agencies will never call you over the phone but instead send something in writing, so you should hang up rather than engage the caller.

THE DIVISION OF CONSUMER AFFAIRS

Whether you’ve been scammed by a local business or you’ve been approached by a possible scammer, the state’s Division of Consumer Affairs wants you to file a complaint.

Your complaint will be recorded and reviewed, and the division will determine how to proceed.

Every consumer will receive a response to complaints, Consumer Affairs said. The division may ask for additional information or supporting documents, or it may decide there is no cause for action.

“We’re a civil agency so we can’t arrest anybody. We can’t padlock a store,” a spokesman said. “What we can do is basically file civil lawsuits so we can get court permission to impose civil penalties to get consumer restitution and to obtain other relief.”

In some cases, Consumer Affairs will refer a case to criminal authorities.

Other cases may be referred to federal agencies such as the Federal Trade Commission (FTC) and the Consumer Financial Protection Bureau (CFPB). Take aggressive debt collectors, for example. A law concerning debt collection practices was proposed but never passed in New Jersey, so debt collector complaints would be sent to those two federal agencies.

Even if nothing can be done on your case, the complaint to Consumer Affairs is still important.

“It shows us trends that are out there. It helps us identify bad actors,” Consumer Affairs said. “By the same company being identified by more than one consumer, it shows us the kinds of scams that are going on so it’s definitely valuable information.”

You can file a wide range of complaints with the FTC, including those involving scams, telemarketing, credit and more.

Your complaint probably won’t result in action on your case unless what happened to you is part of a larger action taken by the agency.

“The agency can’t act on behalf of a single consumer but rather employs its resources to provide the greatest benefit for all consumers,” said Frank Dorman, an FTC spokesman.

He said the FTC encourages consumers to report scams and file complaints whenever they’ve been affected by, or suspect, illegal business practices. Each complaint goes into a secure online database called the Consumer Sentinel, which is shared by more than 2,000 federal, state and local law enforcement agencies throughout the country and abroad.

This helps to identify patterns, and ideally, the perpetrators, so they can be stopped, Dorman said.

Advice for consumers on how to avoid scams of all kinds, and what to do if you’ve been harmed by a scam, is available at ftc.gov.

“The FCC cannot resolve all individual complaints, but we can provide information about your possible next steps,” the agency’s web site says. “The collective data we receive helps us keep a pulse on what consumers are experiencing, may lead to investigations and serves as a deterrent to the companies we regulate.”

The CFPB takes consumer complaints about financial products and financial services companies. As of the end of June 2015, the agency received more than 650,000 complaints.

After you file a complaint, CFPB forwards the complaint to the company, and it says it will work to get a response. The company has 15 days to answer.

“Companies are expected to close all but the most complicated complaints within 60 days,” CFPB says. “You’ll be able to review the response and give us feedback. If we find that another agency would be better able to assist, we will forward your complaint and let you know.”

The agency will also share complaint data with state and federal agencies that oversee financial products and services, and it publishes a database of complaint information so the public knows what kinds of complaints it receives and how companies respond, the web site says.

THE FEDERAL BUREAU OF INVESTIGATION

The conduit for all cybercrimes in New Jersey is I3C — The Internet Crime Complaint Center — which is a partnership between the FBI and the National White Collar Crime Center.

All complaints that come in are analyzed and agents look for patterns, Special Agent Celeste Danzi, the Newark FBI spokeswoman, said. If a complaint is linked to an open case, it would be referred to those investigators.

For the feds to get involved, a crime generally has reach a $1 million threshold or be linked to an already open case. If not, it would be referred to the state’s Attorney General’s office, which would then decide how to proceed, she said.

IC3 compiles reports and puts together statistics on reported cases, whatever the size, so it’s important for consumers to continue to report crimes, Danzi said.